A Collection of Time Wasting goodies

just another one nothing really lives in here.

These webs are cool 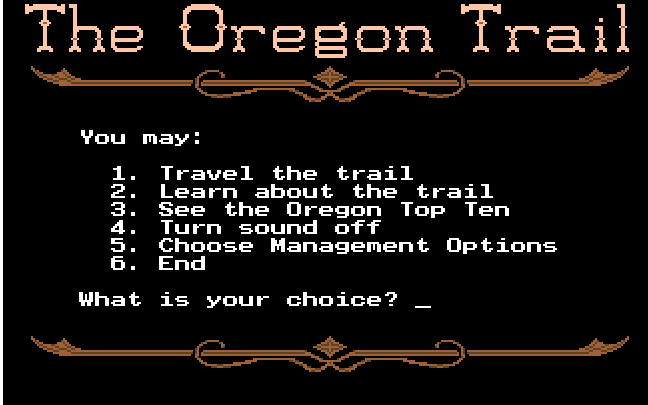 The Oregon Trail is a computer game originally developed by Don Rawitsch, Bill Heinemann, and Paul Dillenberger in 1971 and produced by MECC in 1974. The original game was designed to teach school children about the realities of 19th century pioneer life on the Oregon Trail. The player assumes the role of a wagon leader guiding his party of settlers from Independence, Missouri, to Oregon&#039;s Willamette Valley over the Oregon Trail via a Conestoga wagon in 1848. The game has been released in m